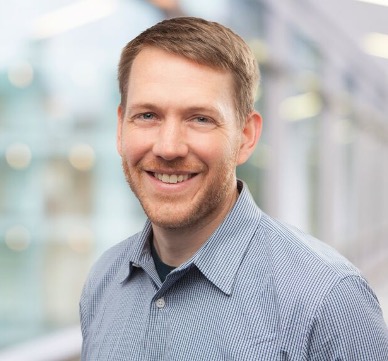 Chris Damman is Chief Medical & Scientific officer at UR Labs.  Prior to joining UR Labs, he was Initiative Lead of Gut Health in the Enteric and Diarrheal Diseases team at the Bill & Melinda Gates Foundation.  He holds an M.D. from Columbia University and an M.A. in Molecular Biology & Biochemistry from Wesleyan University.  He moved west to complete his residency in internal medicine and fellowship in gastroenterology at the University of Washington.  Chris continued on at the University of Washington with a joint appointment in the Division of Gastroenterology and The Fred Hutchinson Cancer Research Center.  He maintains an academic appointment with the University of Washington with research interests focused on investigating the role of diet and microbiome-directed therapies as treatments for inflammatory bowel disease.  Past research activities have included early drug discovery work at Pfizer’s Discovery Technology Center in Cambridge, MA and epidemiological surveillance work characterizing Plasmodium drug resistance genes at the Armed Forces Research Institute of Medical Sciences in Bangkok, Thailand.

Outside of work, Dr. Damman likes to spend his time running, cooking, eating, and spending time with his wife and three daughters.